Situated in the smallest county in Ireland. Carlingford, surrounded by Carlingford Lough and guarded by the Cooley Peninsula. Known for its medieval buildings, oyster farms and outdoor activities. Carlingford town can be found in Co. Louth. Located around 11 miles south of Newry City in Co. Down and approximately 18 miles east of Dundalk.

The growth of the town expanded from the construction of King John’s Castle, this landmark is valuable in the town’s landscape today reflecting on its medieval past. Carlingford has historical connections with both Normans and Vikings as it is said the Vikings stopped at Carlingford town as they sailed across the lough.

Wonderful how a small Irish town has been shaped with its deep connection in history. These events have impacted how we know and see Carlingford town today. Continue reading to find out how you can witness these historical events in today’s world.

King John’s Castle or often referred to as Carlingford Castle was constructed by Norman Baron Hugh de Lacy in 1190. The castle is named after King John of England (1166-1216) whose father was King Henry II. Henry is credited for building Dover Castle, the most advanced castle design in Europe at the time.

Carlingford castle was firstly built to be the home for the Hugh family. The story takes a turn in 1210 when King John traveled to Carlingford to force the Hugh family into rebellion, he succeeded and seized the property for himself. He did this as the Hugh family were becoming quite powerful and this left the King feeling uneasy.

A few hundred years later the castle served another important purpose. King William of Orange used Carlingford Castle as a base for soldiers who got wounded in the Battle of the Boyne (1690).

The castle is located on a rocky setting, overlooking the harbor. Accessing the castle is not difficult. Due to the nature of it situated on high ground St .John’s Castle can be seen from the different areas in the town.

Built in the 16th Century for the Taaffe’s Family, who later became known as Earls of Carlingford. The castle was built as a four storey town house and also acted as a trading depot. During this time period Carlingford was known as a trading port.

Today, the historical castle is in fact a pub located on the main street in the town of Carlingford.

Originally built in the 15th century as a gate house and a carriage arch. The original purpose of the building was for the town council to host meetings, and to monitor the passage of people and goods into and out of the town. ‘Tholsel’ was a traditional name used for an administrative building used to collect tolls, taxes and other documents in Irish towns and cities.

In the 19th century Lord Anglesey committed to repairing the former gate house. The Tholsel Gate is a building of great importance as it is a rare example of a medieval gateway in Ireland. It is also a reminder of the medieval foundations of Carlingford.

The site is located beside the Carlingford Heritage Center on its left and a car park to the right.

You can also get to the gatehouse from the main street. Walk past Taaffe’s Castle, a Centra shop will be in front of you. Next, take a left, continue straight for approximately a minute and you will see The Tholsel Gate in front of you.

Thomas D’arcy McGee (1825-1868) was an Irish-Canadian Politician, who was born in Carlingford and succeeded in creating a greater impact in Canadian Politics.

He is better known for helping create the Canadian Confederation on 1 July 1867. The Confederation refers to the historical event of the process of federal union in which the British North American colonies of Nova Scotia, New Brunswick and the Province of Canada joined together to form the Dominion of Canada. Today 1st July is also known as Canada Day.

Thomas D’arcy was also a Journalist, having founded New Era (1857) in Montreal, Canada. In 1845 on his return to Ireland McGee became an editor with The Nation. A weekly newspaper in the 19th century published in Dublin, Ireland.

The Statue is located on Old Quay Lane. At the bottom of the street you see the Carlingford Tourist Information, walk past this building heading towards the Centra Shop. About half way up, turn to your left and you’ll see the Thomas D’arcy McGee Statue.

Carlingford Tidy Towns and the Co. Louth Council have recently installed a refill water tap near the main car park. The project focuses on contributing to more sustainable choices for a better future. This is excellent news as it cuts down on plastic waste and encourages the public to use reusable alternatives. It also saves you money throughout the day, and is healthier for both you and the earth.This service is for any one; free of charge. Just bring your reusable bottle with you.

In the town of Carlingford you will find changing facilities for electrical cars. You can find the services on Market Street and Old Quay Lane. This is important to highlight as Carlingford accommodates all members of the public, and views the importances of sustainability.

Carlingford has a food and hospitality sector which kindly accommodates every individual. Restaurants, Ice Cream Parlors and the well-known Food Trucks. We kindly ask when you are done with your general waste, please use the bins provided around the town.

As a seaside town Carlingford is home to wildlife. Take care and dispose of your waste correctly as the wildlife can mistake plastic and other waste as food.

The word peninsula is used to describe an area of land which either is surrounded by water or projecting out into a body of water. The Cooley Peninsula is home to the tallest mountain in Louth: Slieve Foye. Formed millions of years ago from limestone which differs from the Mourne Mountains across the lough in Co. Down, which are made from granite.

Slieve Foy is the highest mountain in the Cooley Peninsula, standing at 588m. Is it located on the eastern ridge in Co. Louth. Slieve Foy acts as a protective layer as it shelters Carlingford. The mountain is also known as Carlingford Mountain, and it also includes points of interest Eagles Rock, the Foxes Rock, the Ravens Rock, Barnavave, known locally as Queen Maeve’s Gap and Paddy’s top.

Tain Way rises out of the town to run as a forest track along the northern slopes of Carlingford Mountain, which gives you stunning picturesque views of the Mourne Mountains across the Lough in Co. Down. The path rises steeply on narrow roads and tracks through open country to a pass by Clermont in the midst of the mountain. Continuing to descend again in the town of Ravensdale.

The second stage of this walk takes to another spur of the Cooleys at Ballymakellett, with excellent views back along the Irish Sea Coast. Continue on this path into Glenmore, a long valley. Coming near the final stages, the Tain Way crosses the valley and climbs onto the southern ridge of Carlingford Mountain (Slieve Foy), following an ancient grassy track. From here it is downhill back to the town of Carlingford.

The Baravave Loop is a 12.6 km trail located near Carlingford, which offers the chance to see wildlife. This walk is primarily used for hiking and walking.

Starting by following the red arrows. The Loop follows a trail on tarmac and forestry roads, grassy track and mountain paths.

The views are stunning, as you can witness the beauty of the Mourne Mountains. On days with clearer skies and good weather conditions the Isle of Man is visible.

I hope you found this article informative and beneficial if you are planning on visiting either Carlingford, the Cooley Peninsula or both.

Carlingford has personally always been one of my favourite towns on the island of ireland. From it’s enhancing history, the outstanding landscape of the Cooley Peninsula and a place for adventures.

When planning your journey, don’t forget your reusable bottle, bring your camera to capture memories. I hope you enjoy Carlingford as much as I do. 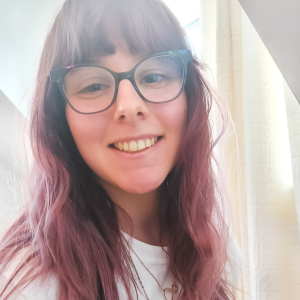 Caoimhe Clements is a 23 Year Old Photographer and Writer from Co. Down. Her photographic work has been exhibited in Scotland, England and Ireland. In the past two years, she has wrote for publications including: New Grad, Epilepsy Action UK and Trek Ni. Don't forget to check out Caoimhe's articles.
More

Co. Down: 3 beautiful locations to visit

County Down is located south east of Northern Ireland. The neighbouring counties include borders with County Louth, County Armagh and County Antrim. County Down is

Discover Medieval Carlingford and Cooley Peninsula     Situated in the smallest county in Ireland. Carlingford, surrounded by Carlingford Lough and guarded by the Cooley

here’s ours guide to the silent valley

Ancient Vikings -Raiders of Ireland The ancient Vikings are a famous people. The history of Vikings is also famous. They came from Sweden, Norway and

Find out more about Northern Ireland straight to you inbox

If you want to find out about the many many amazing secret places to visit and experience, sign up to our newsletter and get tips, facts and deals as well as be the first to hear when we publish new articles.